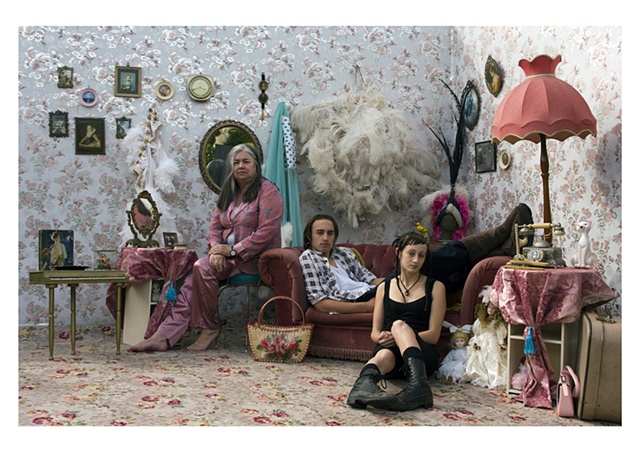 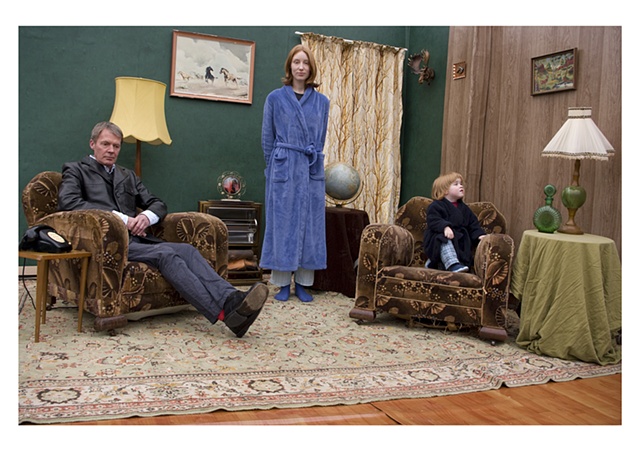 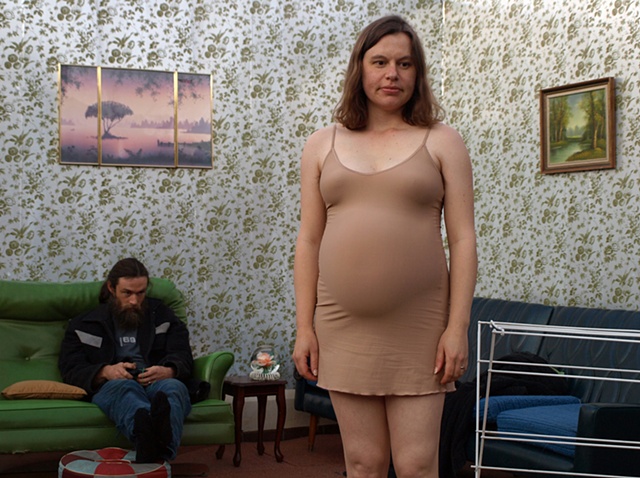 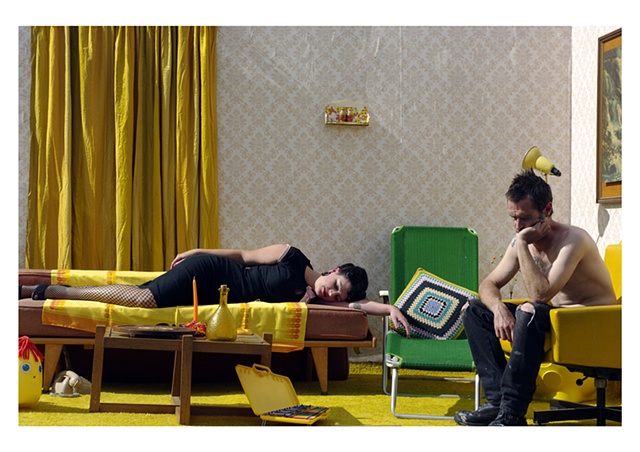 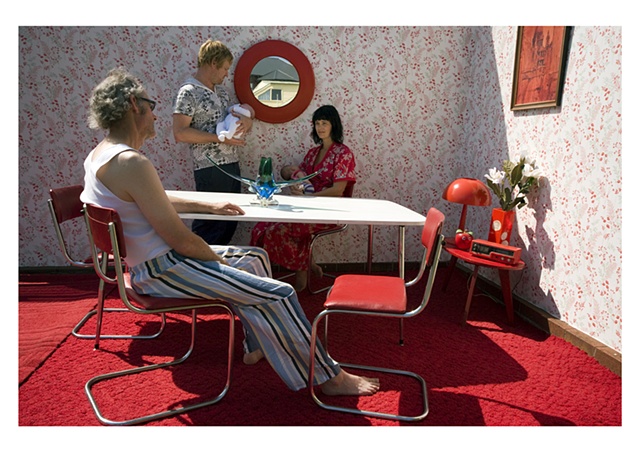 Nicole Robson's, Untitled from the series Keeping up Appearances 'so modern' 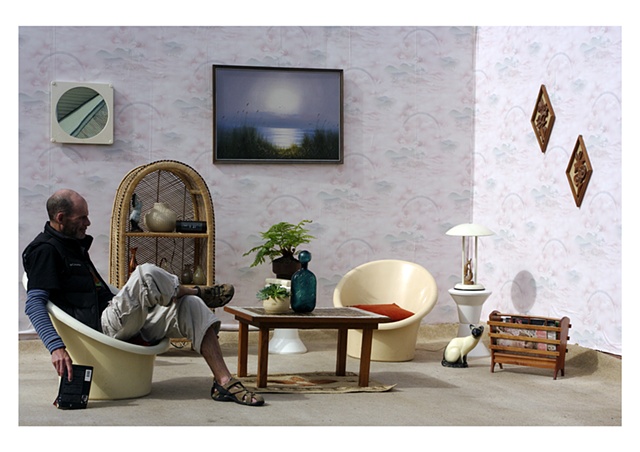 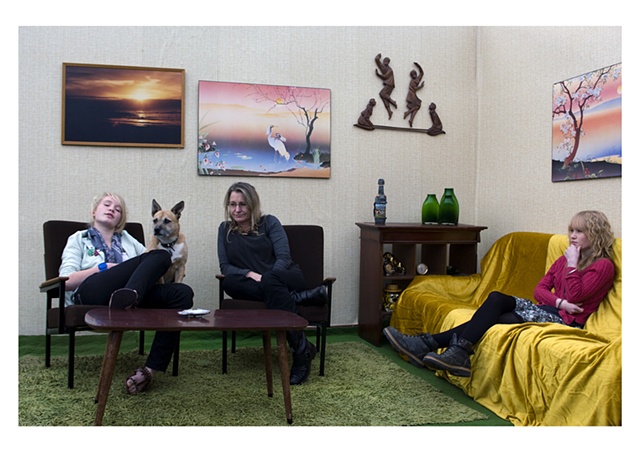 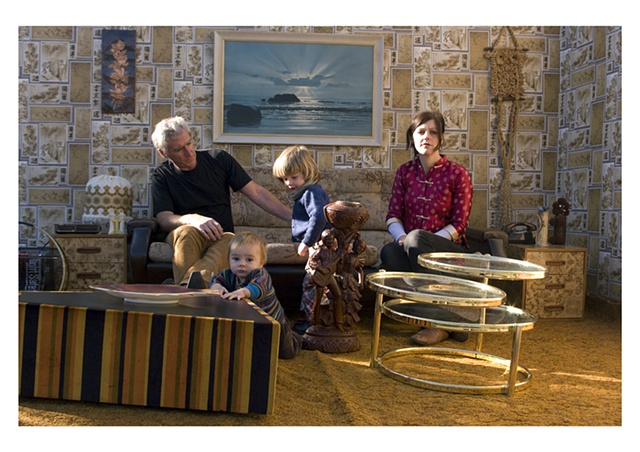 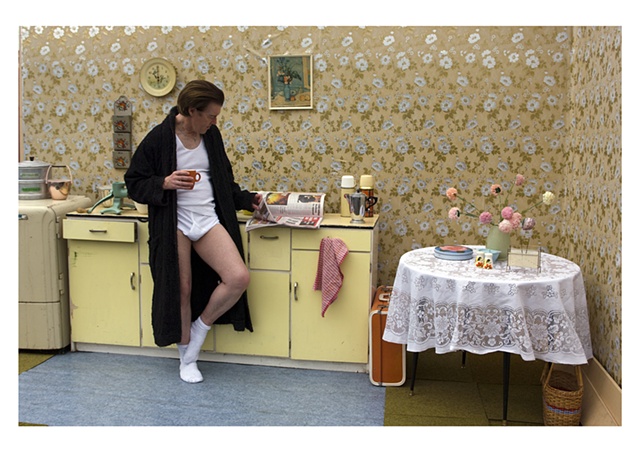 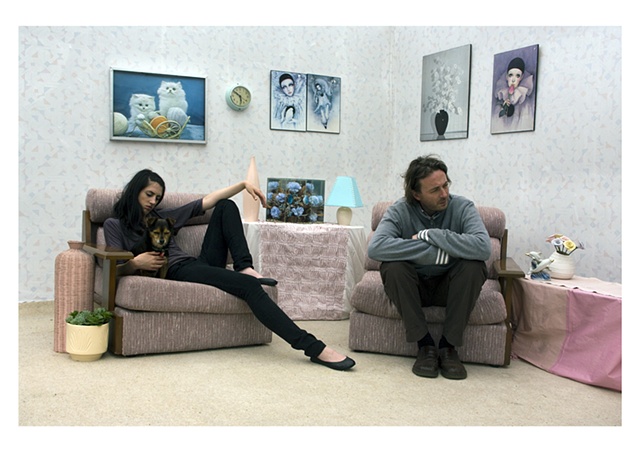 A photograph of a domestic interior is a source of fascination in that it offers viewers a window into an environment, which is considered private, encouraging the desire to investigate the occupants’ identities. At the same time however, this desire is frequently frustrated by the ways in which domestic environments are carefully constructed to conceal rather than reveal the true identity of their inhabitants.

Using photographic documentation of constructed life-size home interiors I explore this conundrum, highlighting how the viewers’ assessment of these spaces can be manipulated through theatrical devices, resulting in varying interpretations. If we consider the domestic environment like a theatre, particular areas of the home are presented as ‘centre stage’ such as the living rooms, whereas areas such as bathrooms and bedrooms become the ‘backstage, dressing rooms’. This creates layers of social behavior, allowing the occupant(s) to manipulate what is presented to public view as a representation of their identities.

The work is created through a purpose built set, redecorated for each photographic shoot. I use the analogy of a life-sized doll’s house and the models as an assortment of dolls positioned to ‘play house’. The environments created are emphatic in their over-ornamentation. They represent an obsessive act of collecting and reassembling discarded second-hand ornaments and décor items in an attempt to reorder and revitalise their histories. The work relies on the slippage between the real and artifice. It can be viewed as an actual space or as a façade imitating a domestic environment, highlighting that a domestic space is a theatrical construction that serves to mask our identity.