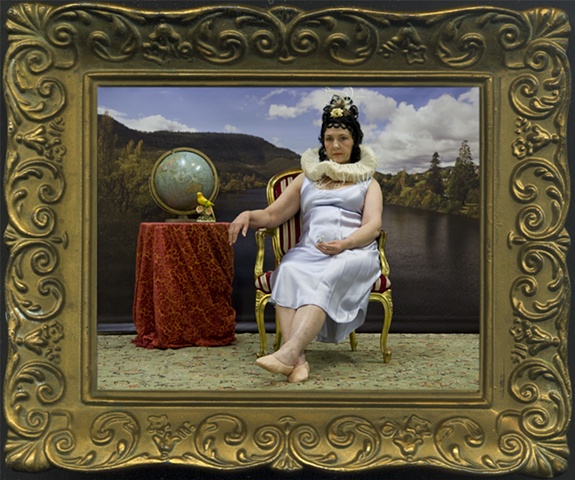 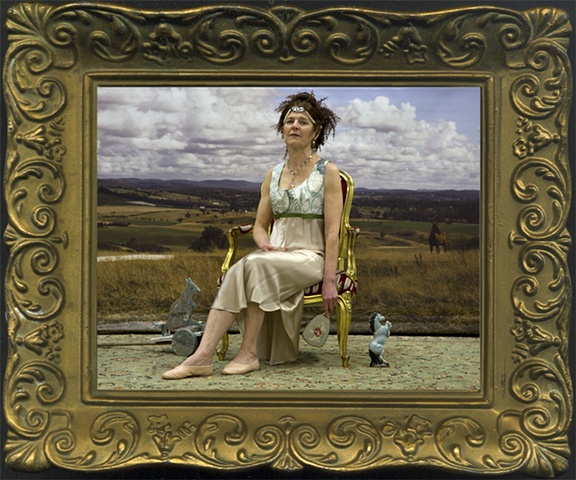 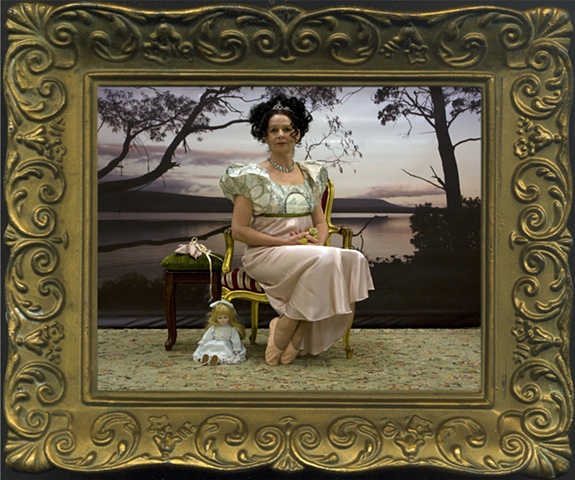 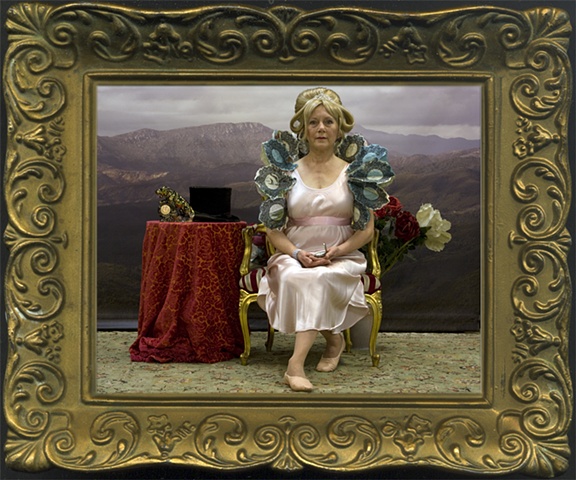 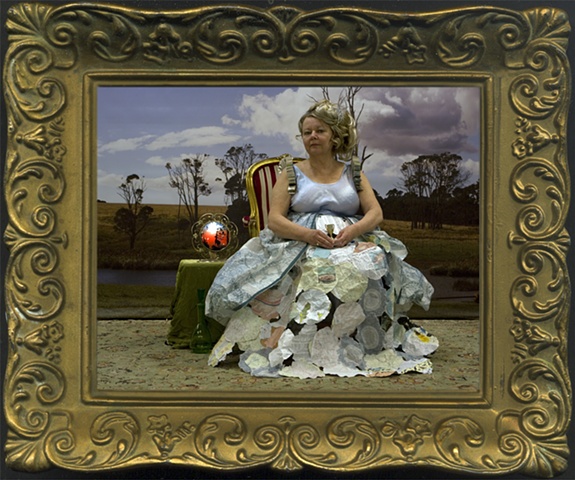 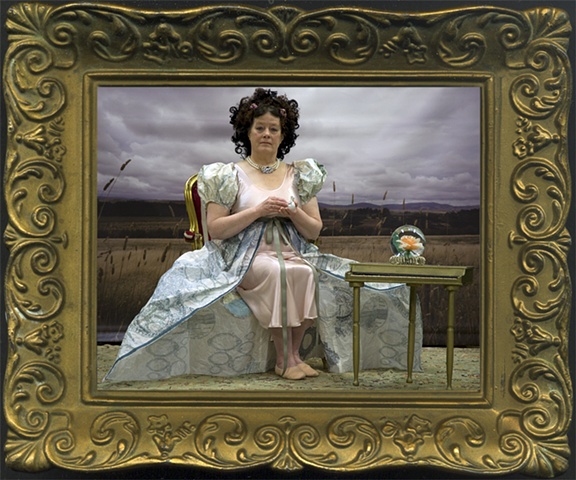 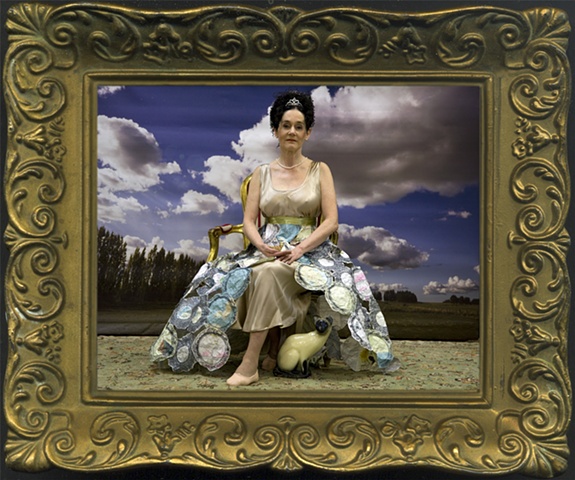 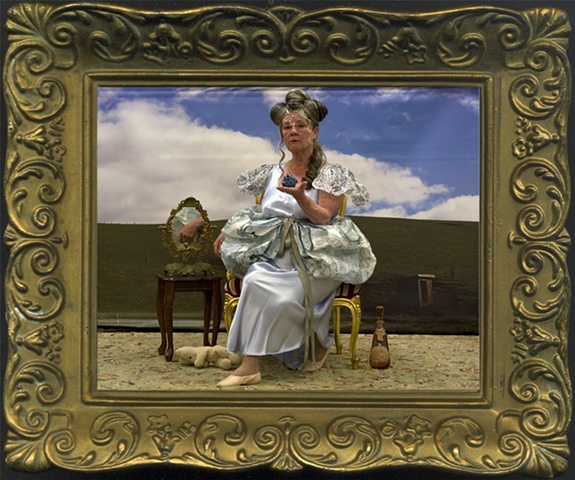 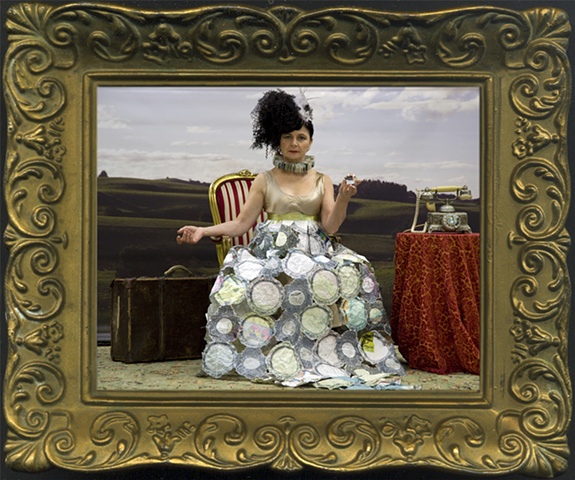 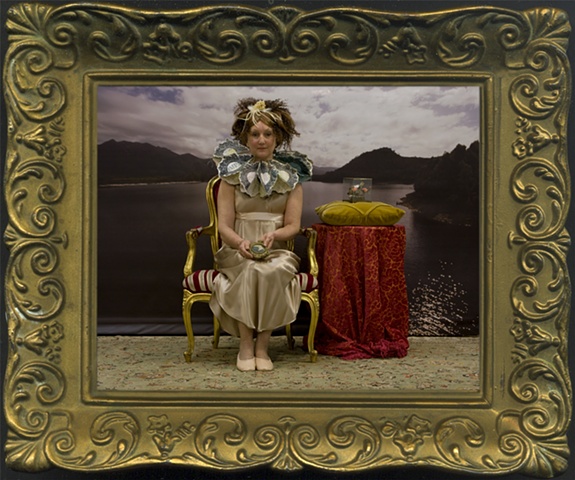 This series is from a collaboration between MADE(Mature Artist Dance Experience) and myself as the visual artist and set design. The large scale photographic portraits of the performers were suspended from the theatre drops. The ideas behind the work evolved through an interest in the transformative effect of becoming a princess. The work involves various levels of visual deception including Tasmanian landscape banners for backdrops, 1970s faux rococo ornaments and furniture and wigs and paper costuming which she commission two local artists to collaborate on. Hair styling, Carolyn Wigston and Leonie Oakes, Costumes. Even the ornate frames are part of the illusionary qualities that she has employed, they 2 dimensional photographic renditions.

The final results mirrored classical 18th Century portraits, which often included a seated figure of nobility with the land they own painted in behind them. These portraits mimic the idea of stepping into royality and this becomes a form of staging and duplicity that is created within their identity. A Princess is also a symbols of a girls dreams and aspirations and is presented to them in forms of play acting and fairy tales. The woman in the portraits experienced this process of ‘dress up’ and therefore also encountered some of the transformative emotion of becoming a ‘princess’